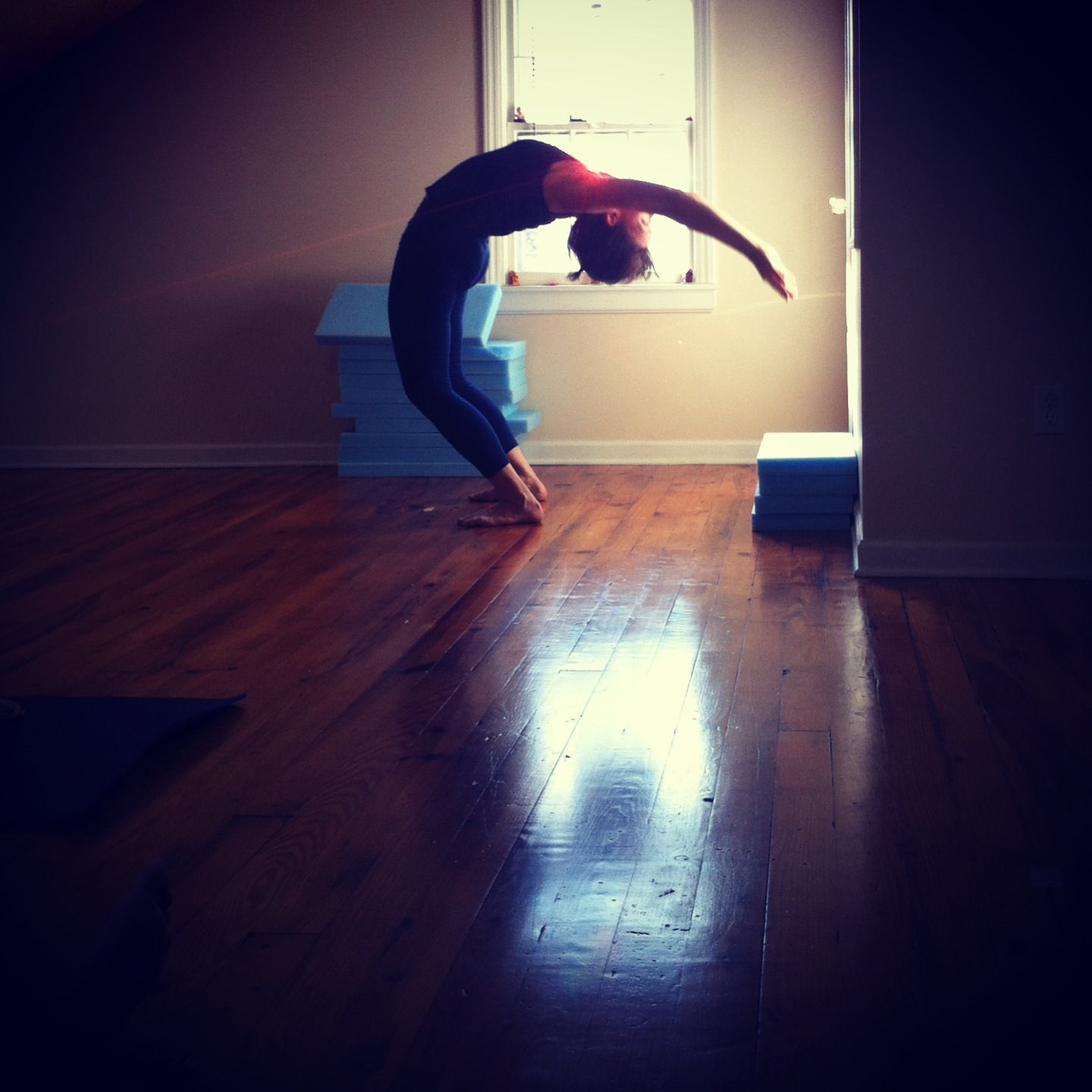 the worm is the spice/ the spice is the worm

you are it/ it is you

During a recent yoga class I teach called, “As much of the Primary Series as we get through to allow for a long closing,” I changed it up a bit during navasana and had  the class think about the  pose as the vinyasa and the vinyasa as the pose. So the lifting up and controlling the lift back to your boat WAS the pose and the boat was what we used to get into the next lifting up and controlling down. The linguistic change hopefully fuels a change in thinking so that  the  picking up  between the boats is not  a throw away move, it IS the pose. The vinyasa IS the yoga.

When I was in college I did the heptathlon, a seven-event track and field competition that occurs over two days. Day one: 100 meter hurdles, high jump, shot put, 200 meters, day two: long jump, javelin, 800 meters. The events are always in the same order, it is methodical. Well, it can be methodical if  an athlete is willing and able to approach it in this manner. During the  two day event it is fair to say that most of the time and a good bit of the energy is spent between the events, getting the high jumping shoes ready, changing the spikes back over to the long jump spikes so I could be ready for that, making sure I had my shot put  and my lucky towel when it was time to  do the shot put, javelin and javelin shoes on when it was javelin time. Where is my javelin glove? Maybe Amy has it? There was a great deal of equipment to keep up with, and  I was responsible for being in the correct place, at the correct time, with the correct  gear on my body.

During my time as a heptathlete I was always ready for the next event in that I showed up at the correct starting line with the correct gear on my body and/or in my hands, but I squandered the  time in between the events. I realized this error years after I had graduated from college when I read an article about  Jackie Joyner-Kersee. She spoke of the heptathlon far deeper than the usual way people reference it, a two day seven-event  event requiring stamina, mobility, speed and explosive strength blah, blah, blah, but rather JJ-K spoke of the mental focus, the inner strength, the grace and smoothness required for the heptathlon.  I nearly cried. How had I not seen the vinyasa of the heptathlon? I had been fooled by the athleticism of it all, I had thought of it as the events.  JJ-K thought of it as, well as one big entity. She described how she would choose  exactly where to sit in between each event, she would draw a mental map of her course that was to take place between the events. She even chose what she was going to think about in between each event because she knew herself and her  events deeply enough to know what she needed to guard herself against and what she needed to focus on to get the best out of herself. Of course she had her spikes and gloves and equipment all ready, but she also had her entire person hood ready. The vinyasa of her heptathlon was a strong part of what  made her heptathlon such a thing of beauty. The stamina of her heptathlon was not just in her heart and lungs it was in her mind, it was in her entire-ness. Her seven events were glued together by predetermined, well thought out actions that were designed to smooth her out of and into the next event. Her actions and thoughts and gestures in between her events where an integral part of her athleticism, and therefore an integral part of her whole self.

And so here I am a fifty year old woman beginning a new phase in my life; taking on the third series of Ashtanga yoga.  My teacher, David Garrigues lives in Philadelphia so I must get up to study with him every few weeks. When he began to give me poses in the third series he made it clear that  I needed to come up and check-in with him every few weeks, I agreed to this, I wanted to learn those poses. In  July I had been given a big chunk of poses to work on. This  chunk of poses is chock filled with difficult “events”, poses that taken individually are tough, and  put together as a group are seemingly impossible, but I worked on them for six weeks and headed on up to Philly for a check-in.

The highlight of  this most recent check-in  was after the first pose of the third series, Vasishthasana, a wonderful pose that is difficult and exacting and a thing of beauty when done well. David  leaned over  me and says in his enthusiastic, make you feel like you have done something so worthwhile manner, “Whoah!, Good up dog!” I nearly cried…..because, well…. this time, this era, this time around I will not squander the vinyasa. The vinyasa is it. IT is the  internal stamina, it is the grace of mind. The poses, they are nice, they are wonderful, I adore them, but the vinyasa is the thing.